Sauna therapy, which may promote temporary detoxification, is an alternative health option that may benefit the body in more natural and organic ways. Because an infrared sauna supports heat generation in the body, infrared sauna detoxification may not only eliminate chemicals and other toxins from the body but also temporarily ease soreness and allow the body and mind to fully relax.
Clearlight Infrared Saunas are used exclusively at the Hippocrates Health Institute.  Check out their video “We Need To Detox”:
Throughout the years, infrared sauna sessions have proven beneficial for both physical and mental health. The process of infrared sauna detoxification specifically helps temporarily improve circulation, increase metabolism, and achieve overall wellness within the body. But, what makes it so important to detoxify?

Why Is Detoxification Important

Excerpted from: Literature Review & Comparison Studies of Sauna/Hyperthermia in Detoxification
Townsend Letter for Doctors,
June 1992
Zane R. Gard, M.D. & Erma J. Brown, BSN, PhN
The past 150 years have been a time of incredible progress in medicine, science and industry. Because of these advancements we now enjoy longer, more productive lives. However, there are many who pay a tremendously high price for our modern lifestyle. The by-products of our chemical technology have resulted in ubiquitous contamination of our atmosphere, lakes, oceans and soil. Our natural environment is now permeated by a barrage of “unnatural” substances.
Unquestionably, many of the chemical sources have been in existence for centuries. However, today we are exposed to chemical concentrations far greater than were our ancestors. Although the human mechanism is known to be accommodating, ecological alterations are now occurring at a faster rate than our bodies are able to adapt. We are now faced with a situation where inadequacies or uncertainties centering around the manufacturing, use, storage, and disposal of toxic chemicals, have resulted in an overwhelming number of environmentally -induced illnesses.
Since 1965, over 4 million distinct chemical compounds have been reported in scientific literature. Over 6000 new chemicals were added to this list between 1965 and 1978. As of 1981, of over 70,000 chemicals in commercial production, 3,000 have been identified as intentionally added to our food supplies and over 700 in drinking water. During food processing and storage 10,000 other compounds can become an integral part of many commonly used foods. Added to this list of potential body toxins, petrochemicals, industrial waste, medical and street drugs, radiation (X-rays, nuclear fallout etc.) and tons of pesticides, herbicides, and insecticides, the result is an incredible chemical avalanche to have befallen the human race in a relatively short period of evolutionary history.
There is currently a wealth of scientific evidence showing that thousands of drugs, preservatives, pesticides, and other pollutants remain stored in the body long after exposure. We know for example that an organochlorinated pesticide such as the metabolites of DDT has a half life of between 20 and 50 years in the fat deposits of humans. According to the U.S. Environmental Protection Agency over 400 chemicals have been detected in human tissue; 48 were found in adipose tissue, 40 in breastmilk, 73 in the liver and over 250 in the blood.
The process of bodily accumulation and storage of toxins is known as “toxic bio-accumulation”. Though the predominant storage site in the body is the fatty tissue, toxins may re-enter the bloodstream during times of physical stress (i.e.. illness, fasting, excessive heat, exercise) or emotional stress. Every organ that is accessible to these chemicals, which have been mobilized or released from the fat, is being continually exposed at low levels. As stated by Dr. William L. Marcus, Senior Advisor and Chief Toxicologist for the U.S. Environmental Protection Agency, “It’s a chronic exposure. That’s why chemicals like dioxin, even in small amounts, are extremely dangerous. Unfortunately, the human body has no previous experience with these chemicals and there is no natural machinery in the body to break them down, much less eliminate them. 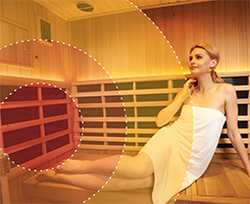 Human accumulation of such compounds as DDT, PCP, PCB, and dioxin, reflect biologically persistent chemicals which are partitioned in the body from water into lipids. Eventually the metabolizing of xenobiotics (chemicals foreign to the biological system) leads to the accumulation of the chemicals and/or their products in lipid deposits throughout the body, particularly in adipose tissue. The simple chemistry involved in this process can be illustrated by the fact that some chemicals readily dissolve in water, while others dissolve only in oil bases. Oil soluble chemicals, therefore, have a tendency to accumulate in body fatty tissue or lipids, which are also insoluble in water. There is no such thing as a fat
“cell”…[rather] almost every cell has a fat component. The brain has a high fat content as does virtually every organ.
Directly or indirectly, toxic residues find their way into our air, food and water supplies. The net effect of this ecological overload is to alter the body’s balance or “homeostasis”. This interference with our natural biological tendencies to restore internal balance results in “disease” in one form or another. According to Professor Edward J. Calabrese of the University of Massachusetts, and author of Pollutants and High Risk Groups, “It is this homeostatic process which neutralizes the pollutant’s effect and returns the system to equilibrium.”
Marshall Mandell, MD, nationally renowned in the field of bio-ecologic medicine, wrote in a recent publication that the influx of chemicals in our society today “has resulted in a lowered threshold of resistance and subsequent inability to cope with the natural and unnatural environment due to altered body metabolism, enzyme dysfunction, nutritional deficiencies, and hormonal imbalances.” Health depends on the balance of both external and internal environmental forces.
There is a wealth of literature documenting illnesses in humans from exposure to chemicals as listed above. These illnesses include cancers of virtually every organ system of the body, as well as leukemia, liver disease, pulmonary damage, anemia and blood changes, nervous system disease, immune system damage, psychological damage, reproductive and fertility impairment, and kidney dysfunction. There are also many sub-clinical abnormalities that are suspected to result from presumed chemical exposure and the list grows longer each year.
In response to the above facts, many health care practitioners have been recommending a vast array of detoxification programs. Circulating toxins and toxic bowels need proper cleansing. The removal of these toxins is relatively well known. When toxins are deposited in fat storage sites this becomes much more complicated. The only way to remove toxins from the fat storage sites is to mobilize the toxic fat. Heat-stress [of a sauna] is an effective method of removing fat-stored toxins from the body.

I have never felt so alive and I am young and never thought I was unhealthy. I haven’t had any cold symptoms, headaches or any minor problems since using my Clearlight Sauna and ridding the toxins. I have recommended your particular sauna to everyone interested or not knowing about infrared technology.