As a premier wellness company, your health and safety are our number one focus.  Our True Wave™ far infrared and full spectrum infrared heaters are most effective and safest infrared heaters available.  Clearlight Infrared Sauna® models are the only ONLY infrared sauna that cancels out both EMF and ELF. Electromagnetic Fields (EMF) are energy waves with frequencies below 300 hertz or cycles per second.  Extremely low frequency (ELF) are the electric fields with frequencies from 3 to 30 hertz.
​
All Clearlight Infrared Sauna® models offer the lowest and safest EMF and ELF levels of any infrared sauna on the market, bar-none.  The EMF levels in your Clearlight Premier™ and Clearlight Sanctuary™ saunas will be mostly below 1mg when tested directly on the heater itself.  Where you are sitting in the sauna, the EMF levels are virtually 0mg.  The ELF levels in your Clearlight Infrared Sauna™ are 3 – 5 times below the threshold of concern.  All of our competitors are over 20 times above the threshold of concern.
​
Be sure to ask when shopping for an infrared sauna if their infrared saunas are both low EMF and low ELF.  ​ 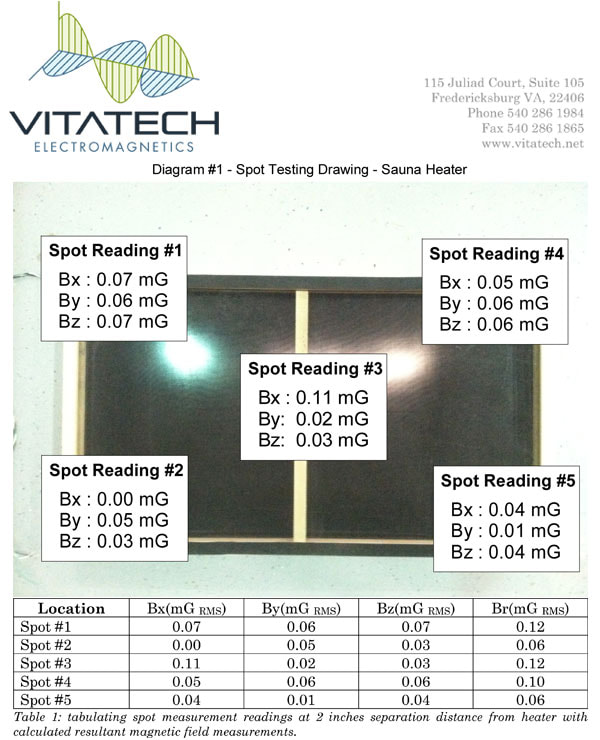 Extremely low frequency (ELF) radiation is at the low-energy end of the electromagnetic spectrum and is often referred to as the Electric Fields.  The most common ELF field is radiated by utility power lines.  You are exposed to these fields whenever you are near electrical appliances of any kind.

The effect of the electric field strength on a person’s body is defined as body voltage strength and is expressed in millivolts (mV). Out in nature, far away from electrical sources, the human body’s natural body voltage is near 0mV. It has been found that when this body voltage rises, in sensitive individuals, it can cause disturbed sleep, irritating sensations and other ailments.

When testing our sauna heaters and not the individual user, our ELF levels are equally impressive.  The Threshold Of Concern when testing the sauna itself is 10 Volts/Meter (V/m).  Clearlight Infrared Saunas® average 3.4 V/m.  Our competitors measure 300+ V/m.

CLEARLIGHT® SAUNAS ARE THE ONLY INFRARED SAUNA WITH VIRTUALLY NO EMF AND NO ELF!
​
See the full test reports by clicking the images below:

Ask any of our competitors what level of EMF and ELF their heaters emit. You will be shocked at how high the levels are in their saunas or they may not even know!

THE FOLLOWING ARE SOME EXAMPLES OF TESTS IN OUR COMPETITORS SAUNAS:

IS EMF AND ELF HARMFUL TO THE HUMAN BODY?

Numerous studies have produced contradictory results, yet some experts are convinced that the threat is real.
Dr. David Carpenter, Dean at the School of Public Health, State University of New York believes it is likely that up to 30% of all childhood cancers come from exposure to EMFs. The Environmental Protection Agency (EPA) warns “There is reason for concern” and advises prudent avoidance”.
Martin Halper, the EPA’s Director of Analysis and Support says “I have never seen a set of epidemiological studies that remotely approached the weight of evidence that we’re seeing with EMFs. Clearly, there is something here.”
Concern over EMFs exploded after Paul Brodeur wrote a series of articles in the New Yorker Magazine in June 1989. Because of Paul Brodeur’s reputation. his articles had a catalytic effect on scientists, reporters and concerned people throughout the world.
In November 1989, the Department of Energy reported that “It has now become generally accepted that there are, indeed, biological effects due to field exposure.”
The EMF issue gained more publicity in 1990 when alarming reports appeared in Time, the Wall Street Journal, Business Week and popular computer publications. ABC’s Ted Koppel and CBS’s Dan Rather both aired special segments on EMFs.
Some health effects linked with EMF are: The following are links to more information about the effects of EMF / ELF and Clips from a variety of sources:
1)  The American Cancer Society
2) US Center for Disease Control Fact Sheet about EMF
3) World Health Organization – International EMF Project
4)  California EMF Program
5) General EMF Info
6) EMF Readings From Various Devices We Use Every Day
7) Excerpt from Peter Asmus book “Introduction to Energy in California” (University of California Press, 2009):
“Remember when people who spoke of cigarettes causing cancer were derided as being alarmist nuts? (If you do remember that, you are at least 55 years old!) Today people who assert that there could be, let alone that there is, a risk associated with cell phone use are viewed as a bit wacky. Well, the Marlboro man died of lung cancer and it appears there is a growing body of information to suggest that the Nokia man might be saddled with dementia or Alzheimers (among others) for the privilege!
Consider the following findings:
• 3% of the population may have severe reactions to electromagnetic fields (EMFs) thought by some to shorten life expectancy.
• Young people who start using cell phones before the age of 20 have a five-fold increase in brain cancer risk.
• Up to one-third of the population may suffer from electrical hypersensitivity from EMF exposure.”
With over 23 years manufacturing and selling far infrared saunas, we ensure that our products are healthful and safe. ​